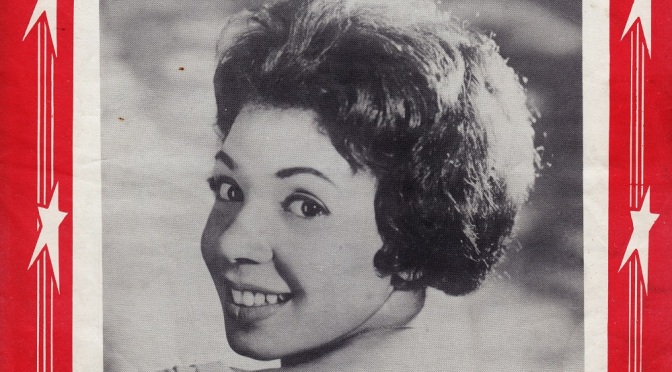 From Wikipedia: “Hymne à l’amour” was translated into English by Piaf’s protegé Eddie Constantine as “Hymn to Love”, which was recorded by Piaf on her album La Vie En Rose/Édith Piaf Sings In English (1956).This version featured on Cyndi Lauper’s 2003 album At Last. It was also adapted into English as “If You Love Me (Really Love Me)” with lyrics by Geoffrey Parsons, first recorded in this form in 1952 by Vera Lynn. Piaf then sang this version in Carnegie Hall at both of her performances in 1956 and 1957. Subsequent covers by Kay Starr in 1954, and Shirley Bassey in 1959 brought fame to this version. A re-release of this song can be found on the CD ‘Four decades of song’. 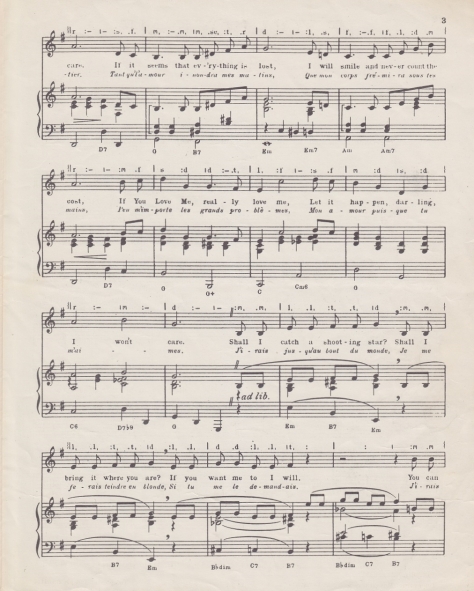 If the sun should tumble from the sky,
if the sea should suddenly run dry
If you love me, really love me,
Let it happen I won’t care

If a dream I fear should fall apart
I can still be smiling with my heart
If you love me, really love me,
Let it happen darling I won’t care

Shall I catch a shooting star,
Shall I bring it where you are
If you only say you care
I can make a mountain fall
I’ll do anything at all
As long as you are there

When at last my life on earth is through,
I will share eternity with you
If you love me, really love me,
Let it happen darling I won’t care