Bassey sits on a sun lounger wearing a straw hat and two young boys kiss her cheeks while carefully avoiding getting their glasses of cola down her revealing dogtooth bikini top. 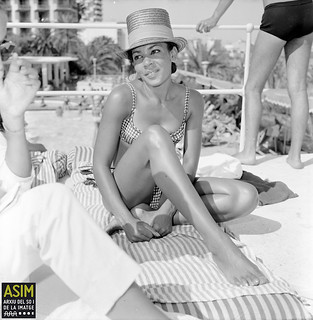 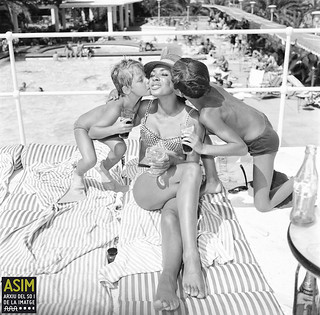 (C) ES ASIM TD 00868/876 – ASIM is an archive dedicated to the recovery, conservation and diffusion of the photographic, cinematographic, videographic and sound heritage produced in or related to the island of Mallorca.

As reported by Cornwall Live, Dame Shirley Bassey has donated a pair of her high heel shoes to raise funds for this year’s Cornwall Pride parade.

A host of celebrities have donated items for an auction. DSB’s is the most sought-after lot, signed by the Goldfinger diva herself, with provenance of her ownership.

Come & join us for the amazing evening Saturday 21st April❤

Get your tickets for the Gala: phil@cornwallpride.org
Or Private Message us. pic.twitter.com/XDPl7EghS4

Sir Elton John also sent a package of merchandise and Dame Helen Mirren has promised too. A pair of tickets to see Take That star Sir Gary Barlow at the Eden Sessions is also up for grabs when the lots are auctioned at a gala dinner.

The Cornwall Pride parade takes place in Newquay. The community interest company, whose patron is Queen drummer Roger Taylor, works with LGBT groups throughout the county to highlight acceptance and tolerance, and celebrate equality and diversity.