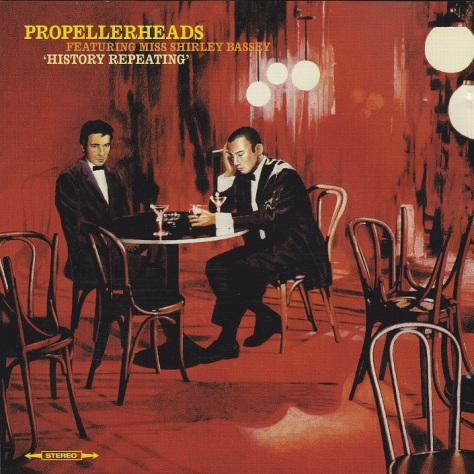 (Special thanks to Rien for the clip) 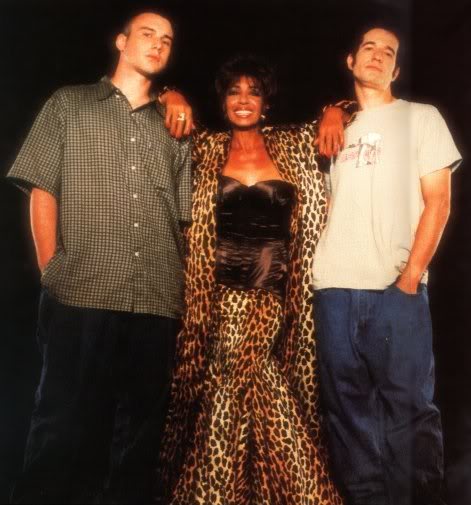 Released in 1997 on The Propellerheads’ album Decksandrumsandrockandroll, with vocals by Shirley Bassey for this song. Three different mixes were released on the History Repeating Singles. The song is also on the 2000 collection The Greatest Hits – This Is My Life and on the 2003 album`” Thank you for the Years.”

The song is also on the soundtrack album of the film There’s Something About Mary from 1998, and is used by Jaguar for its S-Type car TV commercial. The tune was used as the theme for the UK Channel Four chat show “So Graham Norton”, Graham Norton’s former chat show.

On the sleeve note from the History Repeating Singles Shirley Bassey is thanked for ‘being up for it’ and Chris Lawson is thanked for recording ‘Miss Bassey’s Splendour’.

This song was wonderfully performed live during the Thank you for the Years Tour 2003, and has also been performed at many live shows and on a BBC television and radio special.

Originally it had been announced that a remix of this song by the Propellerheads would be on The Remix Album…Diamonds Are Forever, but it wasn’t. Remixes do exist, but only on DJ CDs.

Some information about the making of the History Repeating music video is on the video and DVD Divas Are Forever. There you will see that it took several hours to film and that Shirley had problems with the shoes.

The word is about, there’s something evolving
Whatever may come, the world keeps revolving
They say the next big thing is here
That the revolution’s near
But to me it seems quite clear
That it’s all just a little bit of history repeating

The newspapers shout a new style is growing
But it don’t know if it’s coming or going
There is fashion, there is fad
Some is good, some is bad
And the joke is rather sad
That its all just a little bit of history repeating

Some people don’t dance, if they don’t know who’s singing
Why ask your head, it’s your hips that are swinging
Life’s for us to enjoy
Woman, man, girl and boy
Feel the pain, feel the joy
And side step the little bits of history repeating 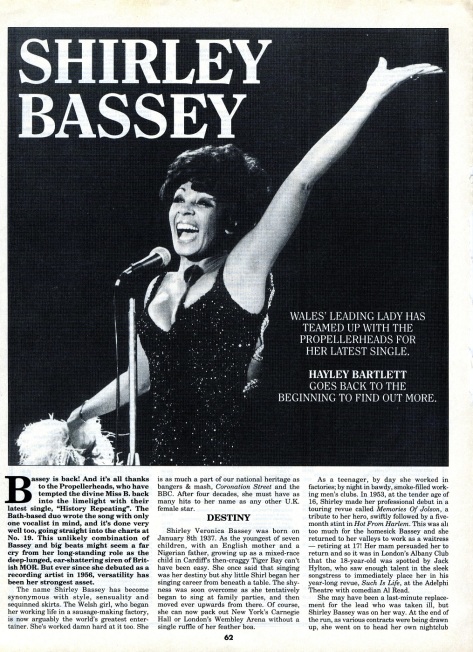 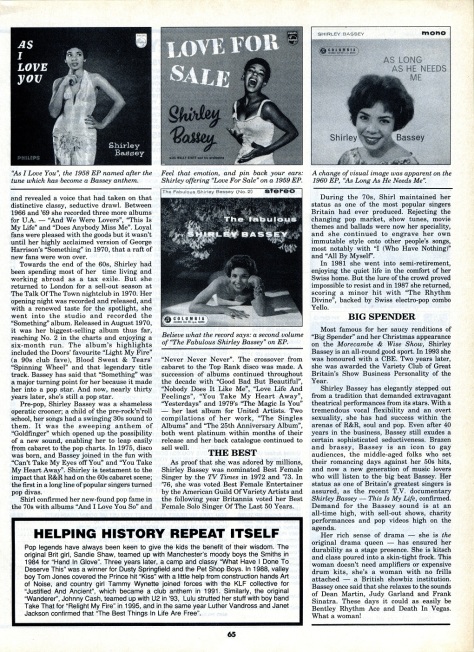