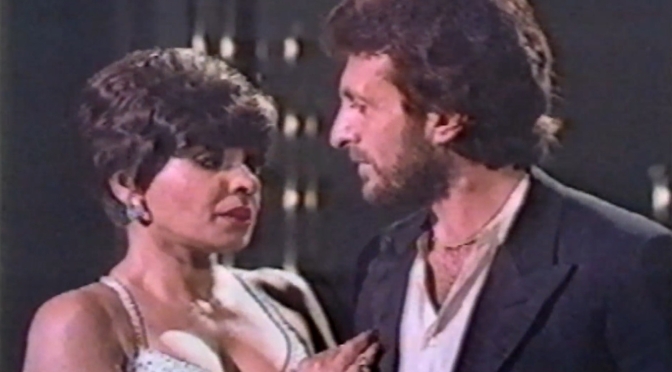 Today a duet many of you will not know or heard of: Tony Monopoly and Dame Shirley Bassey singing ‘You don’t bring me flowers’.

It seems to be recorded for one of Shirley’s 1979 BBC-shows where Tony was a guest performer on. Unfortunately the duet didn’t make it to the screen.

Tony Monopoly was a huge  Shirley Bassey fan and I once saw him at a concert in the Royal Albert Hall at the beginning of the eighties. After the concert I met Tony by coincidence in a pub.

Shirley also did this duet with Robert Goulet on her Special ‘A special lady‘ in 1980.