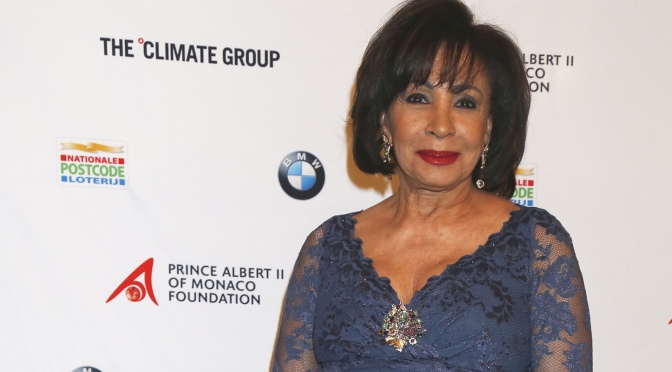 Below 5 random newspaper articles from 2015 and some pictures of Dame Shirley Bassey giving out autographs to fans after the Evening Standard Awards at the Old Vic Theater.  (with special; thanks to Jill).

Other events that year: the Monaco Red Cross Ball, Dame Shirley on Strictly Come Dancing, the premiere of the Bond film Spectre, the amfAR New York Gala in New York, The championships at Wimbledon, the Pride of Britain Awards and of course the highlight of that year of course the recording of the Christmas song with Blake and them on the Graham Norton Show. 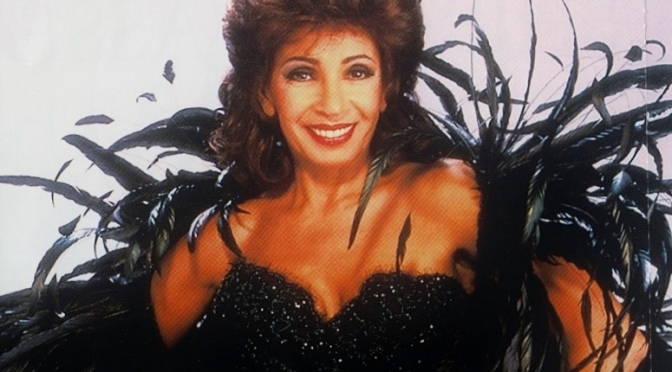 Today the review of a wonderful compilation CD from Armoury (2002) . The CD contains 7 live songs that were probably recorded at a concert in Germany. Below you can listen to all the live tracks from the CD.

In 2014 the LP/CD Hello Like Before was released and Dame Shirley Bassey was on the Graham Norton Show to promote the new album. Also she performed that year at the Royal Variety Performance. Below also a radio interview with Magic FM about the album and a remix version of This Is What You Are. 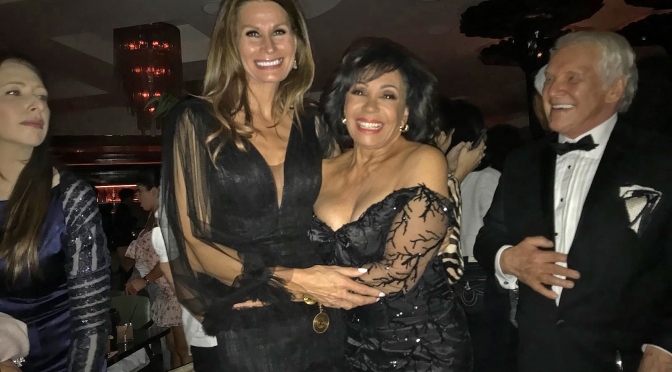 A few weeks ago there was a programme on  Chanel 5 about the inhabitants of Monte Carlo.  One of them is Isabell Kristensen who designed many of Dame Shirley Bassey’s gowns. Isabell has shops in London and in Monte Carlo. Below you can watch the video and Isabell speaks about Dame Shirley at 19:25. Isabell also designed the golden dress Dame Shirley wore for her fabulous performance at the Oscars in 2013

Danish fashion designer Isabell Kristensen remembers distinctly the moment she first met longtime idol Shirley Bassey in 1993. “I walked up to her at a cocktail party in London, took a deep breath, and said, ‘I designed a gold dress for you,’ and then offered her my card,” she recounts.

“I made such a scene telling her how much I admired her music it must have been so embarrassing for her. But she promised to come to my boutique at Beauchamp Place.”

Five days later, in walked the Goldfinger singer to Kristensen’s newly opened Knightsbridge shop. After browsing for 20 minutes, Bassey left saying she’d be back with her agent.

On cue, the songstress returned the next day and purchased 32 dresses in one go. “She was so happy she began to sing. She still sings to this day when she tries on clothes in my shop.”

Bassey kick-started the Isabell Kristensen (IK) label. “When I told her I was going to hang her first check on the wall for good luck, she replied, ‘Oh no you don’t! Put it in the bank because there will be many more to come.’ ”

Bassey has been a client, and friend, ever since and the pair has worked together for performances, most recently at last year’s amfAR Gala in Los Angeles, the 2014 Royal Variety Show, the 2013 Oscars and the Queen’s Diamond Jubilee in 2012. Six foot and blessed with model measurements, Kristensen could be mistaken for a Bond girl. She has dressed Katy Perry, Nicole Kidman, Kate Winslet, Cher and Tina Turner. “Liza Minnelli funnily enough approached me at a party in London and asked where I got my dress from. Two days later she was being fitted in my Knightsbridge boutique.”

Kristensen’s career began when she won a fashion design competition in London and was sponsored at the ‘Clothes Show Live,’ the first fashion exhibition available to the public. The positive response led to the launch of her own line, now a family-run business with her only son Martin (she has three daughters) heading up business development.

The decision to open her shop in Monaco came in 2000.

“I will never forget when I first visited Monaco, asking the concierge at Hotel Hermitage where I could have a dress made sur-mesure. He laughed, ‘Madame you’ll have to go to Paris, London, or Milan.’ ”

Her exquisite boutique on rue Princesse Marie de Lorraine on the Rock features talented members of the atelier team who specialize in embroidery and beadwork. “We were the first to produce couture within Monaco, and are still the only business that makes its clothing within the Principality.”

A Monaco resident, Kristensen, who was Maid of Honor at Princess Charlene’s wedding in 2011, has created several gowns for Her Serene Highness, as well as her daughter, Princess Gabriella.

“Our ateliers are currently in London and Monaco, so we cannot legally claim Haute Couture status as per the regulations of the Fédération de la Haute Couture et de la Mode,” explains Kristensen. “To be recognized as Haute Couture, you must have a full-time atelier in Paris that employs at least fifteen staff, regardless of the quality of workmanship and sewing craft considerations.”

As an independent Couture House, the cost to put on a regular prêt-a-porter show during fashion week is eye-popping. “It’s not uncommon to hit six figures.”

The IK Couture label, whose designs can be viewed on BBC’s Strictly and ITV’s Dances on Ice this season, is working to establish its third atelier in Paris to secure the Haute Couture status. 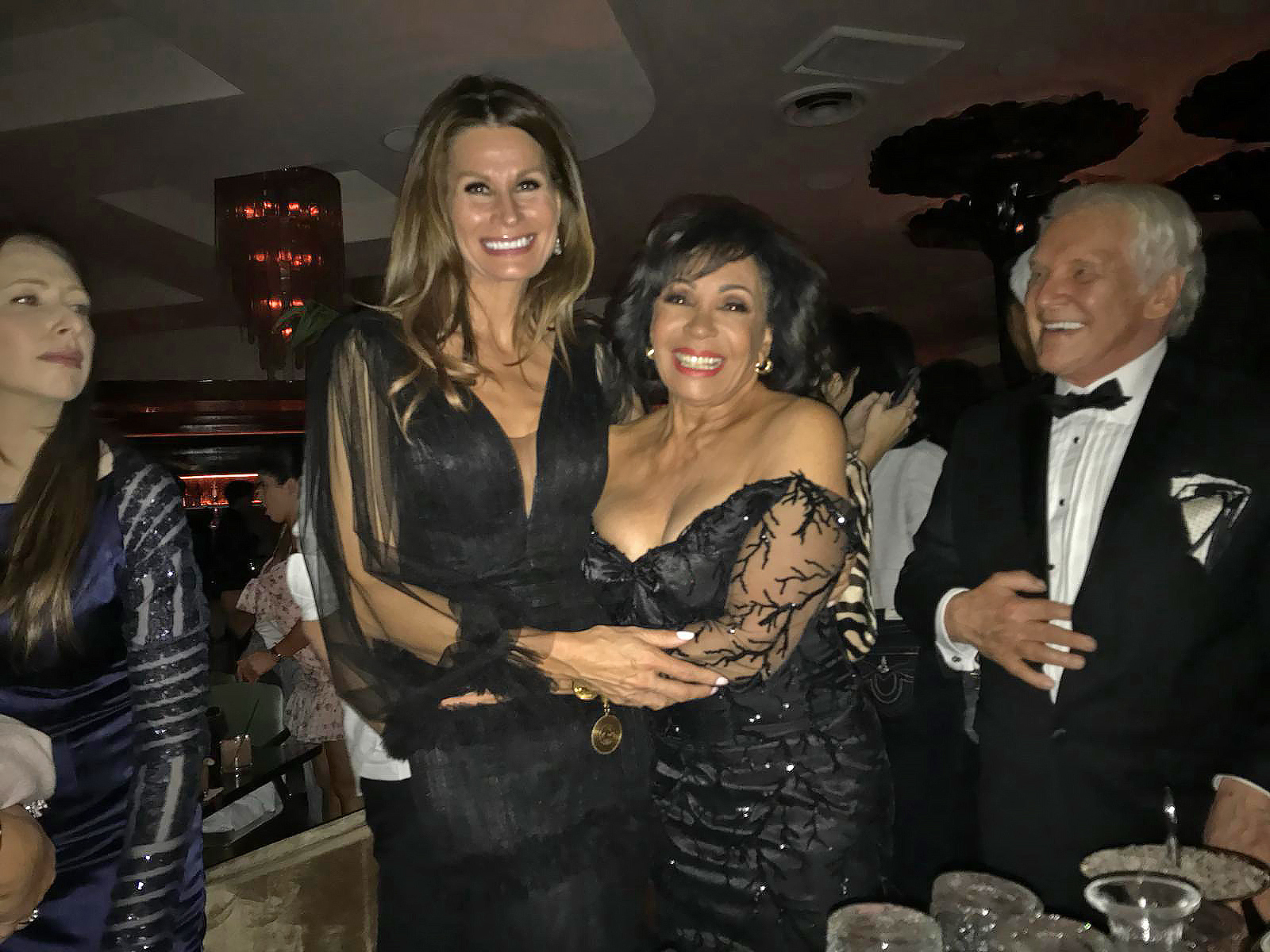 “Shirley still sings when trying on my dresses,” says Kristensen, pictured with Dame Bassey in 2018.