My Funny Valentine  first became a hit record in 1945, released by bandleader, Hal McIntyre, with Ruth Gaylor on lead vocals. That effort peaked at #16 on the US Billboard Singles Chart.

Since its release in 1937, My Funny Valentine has become a jazz standard and one of the most popular songs in the “Great American Songbook“. The song has been recorded by over 600 artists, and has appeared on over 1,300 albums. Some of the most notable recordings of My Funny Valentine include those by Chet Baker (1952), Frank Sinatra (1955), Ella Fitzgerald (1956), and Miles Davis (1956).

Shirley Bassey recorded My Funny Valentine for her 1959 album, “The Bewitching Miss Bassey“, released in 1959 on the Philips label. The song was released as a single but it did not chart.  The B-side of My Funny Valentine was  How About You? She was accompanied on this track by Wally Stott and His Orchestra. 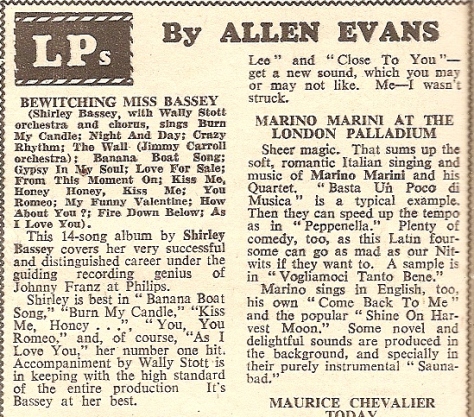 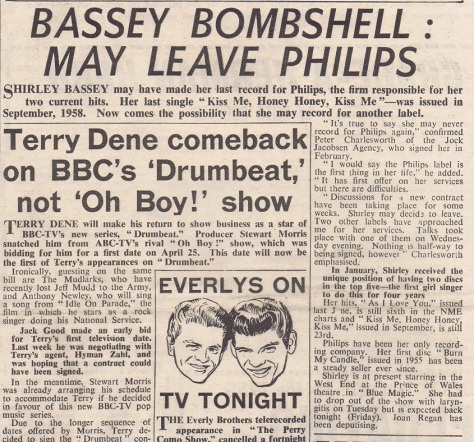 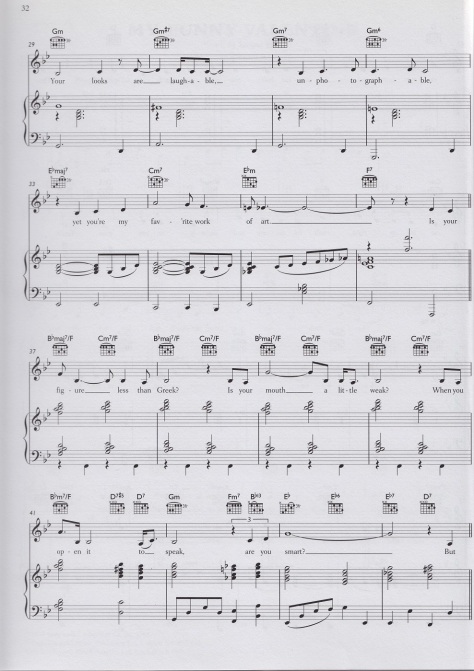 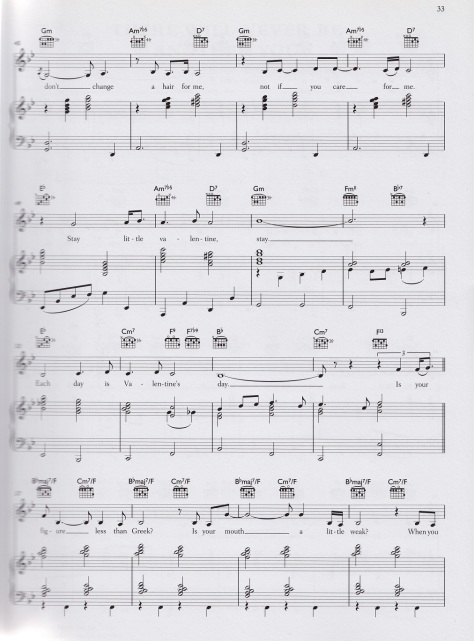 Is your figure less than greek
Is your mouth a little weak
When you open it to speak
Are you smart?

Is your figure less than greek
Is your mouth a little weak
When you open it to speak
Are you smart?